Executing The Perfect Design to Development Handoff: A Complete Checklist

Whether you’re launching a product or a new site, the design to development handoff can be wrought with challenges, find out how to streamline the process. Photo by Mapbox on Unsplash

It is virtually impossible to get a product from scratch to launch without going through an array of handoffs, iterations, and constant back and forth among teams.

Designer-developer relationships have traditionally been a critical source of friction. More often than not, even within a design agency, they’re two separate teams working on different tasks while creating a product. That’s why the designer-developer handoff often plagues the most mature product teams.

This guide explores the problems that come with designer-developer handoffs. Read to find out possible solutions to achieve flawless communication between cross-functional teams. Let’s get started.

What is the Design-To-Developer Handoff Process?

The design-to-developer handoff is often the most critical stage in the development process of a product or application. It is a stage when a design or prototype is ready for the developers to implement.

The problem lies in the terminology itself. “Handoff” sounds like the design is handed to the developer, and it is now the developer’s responsibility to bring the application to life. In reality, that’s not the case. No design is complete until the product is actually used by its specified users. It makes it imperative for the developers and designers to communicate throughout the design and development phases.

Where Does The Process Break Down?

Traditionally, designers work in silos to create pixel-perfect mock-ups as per the requirement. Then, after stakeholder sign-off, they throw them over the developers’ wall.  This process causes multiple problems because designs and design systems alone do not fluently translate to development systems.

It is not enough to simply hand over a design file and leave the developer to run with it. Designers must provide design specs to explain how all the moving pieces need to be spaced, styled, and laid out. It is the only way to ensure that an application ends up pixel-perfect in the end.

Besides, it also requires a lot of implementation from the developer’s end once they are inside the integrated development environment (IDE). There’s a lot more code behind the scenes that makes an application work, and not all developers are adept at learning how to write the UI markup.

The design handoff begins way before you actually get to this stage. Therefore, it is crucial to build a solution with developers, organize all the information, and build excellent relationships between both teams. Here are some pointers that’ll help you do so:

Great communication translates to having lesser things to deliver. It is because the team members already have a shared understanding of the processes and project.

2. Create The Solution Together With The Developers

If you involve the developers from the start, you will start to deliver the handoff right away because team members understand what to do from the beginning. More on this in the later sections.

Organizing the information that you collect is essential. If all the data is in place, you can ensure that everyone is on the same page and there’s little room for confusion.

The designer-developer handoff differs from project to project and depends solely on the user story. For example, if the user story is simple, you can use only one screen. However, sometimes you’ll need to explain complex integration with another system or tool.

Once you are done with the design handoff, there are two things that you need to do:

How To Make The Hand-Off Smoother: A Complete Checklist

Here’s a complete checklist for you to make the design-to-development handoff easier and ensure successful applications to meet the set goals.

Many times, the process gets incredibly technical, and you will need to repeat it multiple times. In such a scenario, it will be ideal to create templates so you don’t have to create a new one again and again. For example, you can create a template for the message text file so that every time you need to deliver it, you’ll only have to fill in the template.

2. Use Elements That Help You To Explain The Design

You can add icons and other elements/components to the screens that will help describe the design better. The pointer and cursor icons will help explain where users click. You’ll also be able to find the components that explain the size of an element.

Communication failure is often one of the major causes behind an unsuccessful handoff. However, efficient communication can minimize these issues. Involve developers in the design process early and encourage regular exchange of opinions and feedback.

Ensure that you incorporate the developer’s ideas to brainstorm and prototype sessions. The developers’ feedback is vital as they are the ones who know the best when it comes to what’s possible for implementation and what’s not.

Don’t wait for the designers to finish their things first. It can be confusing and disorienting. An ideal solution would be to bring the developers in early with these steps:

Most teams naturally assume that developers would understand how they work with design software like Figma or Zeplin. But that’s not always the case.

Imagine handing off a design file to developers who have no idea about the tool/software and assuming everything might go as you intend. It is more dreadful than it sounds. Keeping them informed about what design tools you’re using and even going a bit further to demonstrate how the tools work would do wonders for your project.

Before going through the handoff, meet with the development teams and present how you share information (through a Figma file or other design files.) Let them know where they can find it whenever they need be.

If your teams are working remotely, ensure that you record the meeting and make it accessible to everyone, especially the developers.

This aspect is essential because if you communicate in the right way (or in a way that is most coherent to both teams) you tend to get on the same page throughout the process. Despite multiple mediators, the development and design team should communicate one-to-one and collaborate directly to ensure the best results.

The point is to avoid jargon and simplify the communication process. Not everyone knows what mood boards or kerning means. Therefore, make sure your teams communicate in the simplest, most universal terms possible.

Design handoff processes are the same for most user stories. So, you can build a clear process and reuse it repeatedly. You can show the visual assets in Figma, the flows in Miro, and additional information in the user story notes.

With a transparent process, the developers will know how to find information without asking each time, and the collaboration will be better and save you time.

9. Work With A Design System In Place

Create a design system to enable delivering precise design specifications and a transparent handoff process. The design system facilitates designer-developer collaboration through a common language within the team.

The design system explains how components behave and include code samples. It creates a single source of truth for every process and makes it much simpler to communicate the design.

Teams are often so focused on their part of the job that they don’t pay much attention to what other teams do. It may lead to a lack of understanding between teams working on the same project. It often results in knowledge gaps, and it keeps you from reaping better results.

For instance, some designers might have amazing ideas but are not able to implement them due to a lack of knowledge in coding. On the other hand, the developers need to understand that just because something is technically possible does not mean it’ll serve a good user experience. By boosting these knowledge overlaps, you can minimize the errors.

Additional Point To Keep In Mind

Apart from the above checklist, here are some additional points to consider during the designer-developer handoff.

Designers work differently from developers. They usually work through requirements or rather assumptions. It would be beneficial if you don’t force designers into a sprint model since it allows them to function freely in the context and complexity of the project. The result can then be entered into a traditional sprint backlog.‍

The user stories and the correct level of documentation live in the traditional developer backlogs. Once the design and development teams have decided what they need to implement, each requirement is validated from a feasibility point of view from both ends.

3. Lacks of Clarity in Specs

Unclear and loosely-detailed mockups may create problems for the development teams. However, a wide variety of software is available to help designers provide all those specs quickly and easily. Some common software programs include Marvel, InVision, Abstract, etc. Besides, many UI tools, such as Sketch, Figma, etc., have a feature for exporting these specs.

Through this software, engineers can gain access to all the required specs (palette, typography, padding, etc.) that makes the design mockups accessible and ready to implement.

The Design to Development Handoff conundrum is always a source of friction and haunts everyone involved in the process. If you look closely, it always narrows down to communication. So, now you have all the more reasons to imbibe and enable communication at the root of your design projects.

Make it your mission to build confidence and trust among your teams and establish a better way of working as a united team with a shared vision. The outcome will inevitably result from a linear equation. Great design outcomes reflect how amazingly the developers and designers collaborate.

About the Author: Koru UX Design 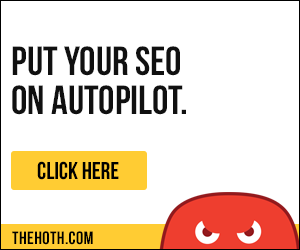 * Sign me up for free marketing tips and deals.